With a proven track record of success in finance, Luke Persichetti appeared in the media various times in recent years. Most notably, he appeared in a few interviews, as well as article platforms.

On platforms such as Inspirery, Hobby Jam, and Interview.net, Luke discussed in detail his academic upbringing. He touched on his high school, as well as undergraduate education and the important skills he acquired during those years. In addition to his academic, he spoke about his experience working on Wall Street and the knowledge he acquired. To Luke, it is a dream come true to find success on Wall Street.

Fiercely passionate about US economy and finance, Luke has made a few comments in some noteworthy articles. More specifically, on Patch as well as Prague Post, he expressed his views on the effects of global trading and its impact on the American economy. In addition, he conveyed his opinion on the rising cost of tuition, as well as the struggles that recent graduates face when securing jobs. As a recent graduate himself, he understands first hand the difficulties that many encounter when faced with the harsh reality of job hunting.

Luke Persichetti as Seen in the Media

Tips for Securing Work After Graduation

College seniors may be anxious about entering the job market. While we are in a period of low unemployment, the kinds of professional jobs that college graduates expect to work in could be in more demand. Luke Persichetti, a recent Yale University graduate residing in New York, offers 6 tips for students who are graduating and in need of work.

Luke was born and raised near Philadelphia, Pennsylvania. He graduated from Yale University in New Haven, Connecticut, in 2018, where he earned his bachelor’s degree in Economics. Luke has relocated to Manhattan to pursue a career in the financial industry. While at Yale, he had the opportunity to work in fixed income trading.

Luke was born and raised in Pennsylvania. He recently relocated to Manhattan to pursue a career in finance. In addition, Luke is a 2018 graduate of Yale University in New Haven, Connecticut. Luke earned his bachelor’s degree in economics from Yale.

Luke Persichetti was born and raised in East Norriton, Pennsylvania. He recently relocated to Manhattan in order to pursue a career in the f…

Luke Persichetti is a recent graduate of Yale University. In addition, his academic training in economics gives him the ability to judge the importance of recent trends in the American business landscape. Currently residing in New York, he has been able to utilize his background in financial analysis, and trading fixed income securities to help him understand…

Manhattan has an outsized impact on the United States economy. Wall Street and financial firms, as well as technology and retail companies, make their mark on the country significantly. Luke Persichetti, a recent graduate of Yale University, shares his thoughts on some financial and economic trends of 2019 in the Manhattan area.

Mr. Luke Persichetti was born in Pennsylvania. After high school, he attended Yale University where he pursued a degree in economics. During his time as a student, he studied a wide array of subjects under Nobel prize-winning professors. Through his experience of working on Wall Street, he gained a greater understanding of what he wanted to do with his career. 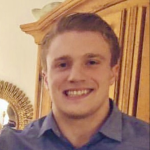 Luke Persichetti is a graduate of Yale University. He spent a year working on Wall Street and discovered his lifelong passion for finance, economics, and investing.